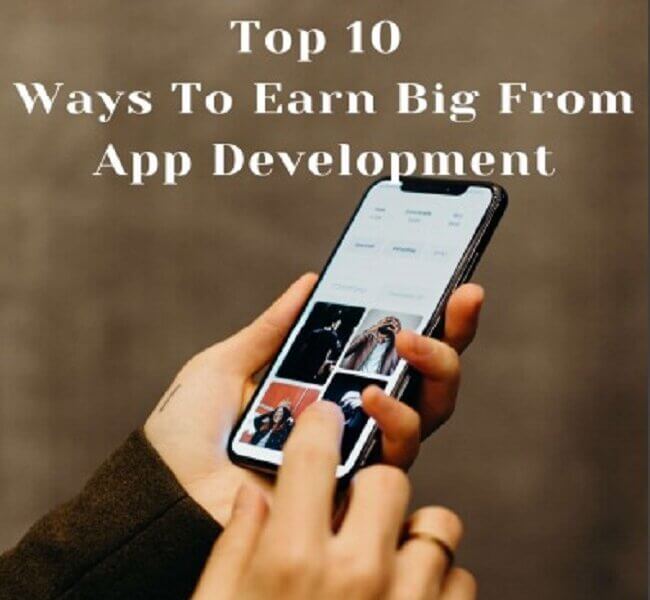 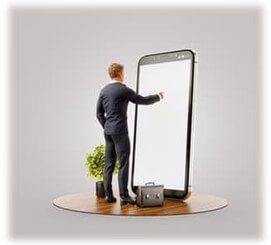 Many online entrepreneurs want to earn money and of course, they are open to trying out any lucrative opportunity they come across. One opportunity that has great money-making potential is in “App Development”.

App development is one of the most sought-after careers at present. App development has got a wide scope for earning money with enough technical know-how.

App developers are saddled with the responsibility of developing an application that can become profitable in the long run.

“The iOS App Store and Google Play Store users spent about $39.7billion on mobile apps and games during the first half of 2019.”

You might think it’s the paid apps that are responsible for the major share of this huge revenue but that’s not the case  – the free apps are actually responsible.

In fact, when you check the list of the top-grossing mobile applications (games included) in the Google Play Store and the Apple App Store, you’ll notice they’re the free ones. The majority of users prefer free mobile applications.

The number of free app downloads is constantly rising. Statistics provided by Sensotower shows that in the first half of 2019, free mobile apps downloads in Google Play increased by 16.4% while the iOS App Store lost 1.4% in downloads. However, the overall tendency remains positive.

Free mobile apps guarantee more downloads than paid apps. But paid apps guarantee long-term results. Before diving into the different ways of earning money from apps, we’d like to bring to your attention the concept of “right app presentation”.

In order for your app to generate revenue for you, users will need to be able to easily find your app and understand what it is designed for by inciting the user’s interest through accurate app packaging.

Here Are Some Tips That Will Help You Create A Top-Class App: 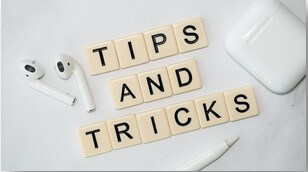 Choose a clear and catchy App Name – Your mobile app should have a snappy name that reflects its major functions. Though many applications have names that convey nothing about their functionality, your app is more likely to attract a lot more users if it has a name that hints at what it does. It’s particularly useful to include keywords in the app name.

The name shouldn’t be too long also. Think carefully about the name, as this is the first thing people see and pay attention to when they’re considering whether your application is worth downloading

Give an informative App Description – The next step is to come up with a meaningful and informative description for your app. The first few sentences (up to the “Read More” button) of an App description should give general information and illustrate the app’s main idea and purpose. It should be direct and concise so users know exactly what it’s about at first glance.

Few people read further, so make sure to tailor this part of the app description to perfection or close at the least. In the main body of the description, you should mention what problems your mobile app helps to solve as well as go over its most important functions

Make Eye-Catching App Screenshots – An app’s name and description are important, but most users would want to know how your app will appear on their mobile devices.

That’s why it is important you include several screenshots – and make sure you pick the best. Add some text to your screenshots, describing some functions of your application.

Top 10 Ways To Earn Big From Your App 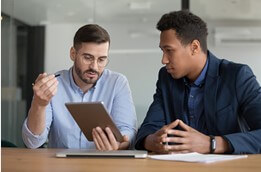 Now that you know how to package a “5-star app”, let’s dive in to see the strategies you can leverage to make money from your apps.

Advertisements are a driving force of the global market. They’re literally everywhere, and mobile apps aren’t an exception. In-app advertisements are actually tools of affiliate marketing. With in-app ads, you advertise your affiliates’ products inside your own app and get paid if your users interact with such products. There are several types of campaigns used in affiliate marketing

In-app advertisements allow you to make money off free apps, but this strategy works well only for applications with big audiences. If your app is a startup, don’t expect it to bring big bucks this way.

This is an extremely popular strategy used by thousands of apps in both the Google Play Store and the Apple App Store. It provides the avenue to sell a variety of virtual items directly from your app including extra bonuses, premium content, game currency, and goods or unlocking game levels, etc. There are three major types of in-app purchases:

Freemium apps are provided free of charge but contain paid or premium features, accessed through in-app purchases. The users download free app versions and if users like a free version, they’re likely to opt for a paid one that has some extra functions. It is a great way to gain new users at a faster rate, as premium features are optional.
With a freemium model, users are typically offered to upgrade an app to a paid version, and if they agree, they’re directed to an app store. This monetization option is quite efficient, but you shouldn’t provide too many functions in your free app; otherwise, few users will opt for the paid ones.

Sponsorship placement within the application can be a powerful app monetization model if the provider builds the right niche app for tailored users and launch it on behalf of another company. The main challenge is to find a funder with similar or the same target audience and white label an app or adapt its design to match the sponsor’s brand.
There are two types of sponsorship deals: you can either split the revenue with your sponsor or receive a monthly sponsorship fee. The main difficulty of sponsorship is finding a sponsor. Needless to say, your mobile app should be good enough to be interesting to potential funders.

Despite the fact that Email Marketing is comparatively an old technique, it can be quite powerful when it comes to monetizing apps. This strategy works best when you kindly ask for user email during sign-in and, as a result, get a possibility to consequently reach them with email notifications.
In the meantime, mobile applications offer a new opportunity to collect email addresses. This makes email marketing one of the most effective strategies on the web, which also has its pros and cons.

Email addresses may be collected within a mobile app either by simply asking users for their email address with a pop-up box in return for free features, in-app currency, or whatever you want to offer, it becomes profitable for both sides.

Another way of getting users’ emails is to go through Facebook SDK. Having Facebook login enabled inside the app lets you use it for collecting email addresses. Don’t forget to notify your users that they may get emails, in case of logging in with a Facebook account.

For free apps with restricted content or features available for a limited time, the user can pay a subscription fee to get full access and unlock it. This revenue type is often used for cloud services, video and audio streaming, online newspapers, or magazines.
The developer can provide users with a free trial period and charge the subscription fee for access without restrictions.

Developers can promote and sell affiliates’ services or products for the revenue split based on a number of installs and clicks. You can use pop-ups or banners to promote someone else’s apps or use the ‘in-App store’ to advertise products or services.
There are also a number of affiliate networks that will help you to find the affiliate that suits your own mobile application.

This is probably not the most widespread and ethical way of app monetization, but collecting and selling personal data still remains one of the effective approaches to turn a profit. Some companies that offer free mobile apps sell their databases to third parties.
The information may contain the user’s email addresses, social media accounts, and personal preferences. Apps generate a lot of data in terms of user behavior, which is highly desired by those who are in various research fields.

App developers can sell this kind of information to the researchers and make quite a good return of money. Actually, there are two ways to earn on selling data: track what users do and sell data to outside companies or use the raw data itself for your own purposes.

E-commerce businesses use free apps for selling physical goods or branded merchandise such as toys, t-shirts, cell phone cases, etc. via email marketing or specially developed applications.
One of the first and most successful apps to boost revenue from branded merchandise was the Angry Birds game. Rovio Company sells about a million branded t-shirts, backpacks, and stickers every month.

This method is quite new in the industry. In this method, startups and companies share their ideas on platforms such as “Crowd Supply”, “Fundable”, and “Indiegogo” in search of donations to fund the development and promotion of the app. With this, you have access to cheap money, pre-funding of your next product, and have easier investor relations.

Don’t Overuse App Monetization Methods. You shouldn’t make your free app inconvenient for users. If it’s full of adverts or in-app purchases, your audience may stop using your app and install an alternative one.

App creators should always remember that their apps bring profits only as long as people use them. Your users should feel comfortable when using your app, so be prudent and make all adverts and offers in your app as subtle as possible to keep the money coming.

Would you like to have an app developed for you so you can cash in on its potential? Have you been nurturing an idea for an app but you are not sure how to bring it to life?

At Exemplary Marketing, we understand the rudiments that come with app development. With years of experience, you can be sure to have an app developed for you that will reach its true earning potential.

Are you ready to embark on your app creation journey? Then you should head over to Exemplary Marketing now to get started!